The enigmatic Bruce Wayne, one of the world’s most favourite superheroes of all time, has had an exciting lifetime in his comic publication history and in numerous animated and live-action film as well as television adaptations. While Gotham City and the rest of common civilian folk know Wayne as a rich playboy, living as a bachelor in his huge mansion after the loss of his parents at a young age, few really know his secret identity. When night falls, the Dark Knight dons the very symbol that had frightened him for his entire childhood, becoming the Batman and striking dread into the hearts of his enemies. Legendary director Christopher Nolan is credited with bringing the caped crusader back from the shadows and onto the Hollywood top grossing films’ box office in the much loved trilogy featuring Batman Begins (2005), The Dark Knight (2008), The Dark Knight Rises (2012). Here are some interesting and rather unknown facts you might not know about your beloved superhero: 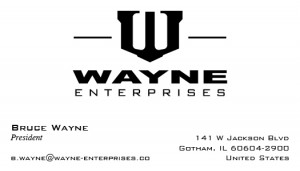 1. Bruce Wayne is originally an industrialist, billionaire, philanthropist, and heir to the multi-national Wayne Corporation that originated in the 17th century under the aegis of his great-great-grandfather Alan Wayne.

2. The concept art for Batman was created by Bob Kane at National Publications, the predecessor of DC Comics, as a response to the success of Superman in Action Comics. 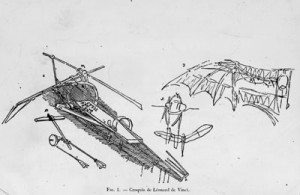 3. The iconic black cape of Batman which is shaped like batwings was added by Kane who was inspired by seeing Renaissance artist Leonardo da Vinci’s handmade sketch of a prototype ornithopter flying machine. Finger made further additions to the costume, using gloves, removing the initial red accents, giving Batman his signature black cowl and a cape instead of wings and a mask, which also led the superhero to be dubbed The Dark Knight by his fan following.

4. Contemporary 1930s popular culture provided most of the inspiration regarding much of Batman’s look, personality, methods and weaponry, drawing inspiration from various characters from pulp fiction and newspaper headlines, such as Zorro (created by Johnston McCulley in 1919), The Phantom (created by Lee Falk in 1936), and The Scarlet Pimpernel (created by Baroness Emmuska Orczy in 1903) most notably among many others.

5. Think Tony Stark aka Iron Man is the perfect “genius, billionaire, playboy, philanthropist” slash superhero sans his suit? Think again. With a superhuman “force of will” that characterizes the indomitable American spirit, Batman is an expert interrogator, a perfect human specimen with honed agility, endurance, strength greater than Olympic athletes and Chinese acrobats combined, the ability to withstand any form of mind control and massive inhuman amounts of pain through practiced meditation, master of a hundred and twenty seven martial arts, an exceptional weapon-wielder and marksman, a stealthy detective and infallible strategy planner, and has studied various disciplines which include computer science, chemistry, engineering, astrophysics, biology, and forensics.

6. Bruce Wayne’s first name came from Robert Bruce, the Scottish patriot. Bruce, being a playboy, was a man of gentry. Bill Finger searched for a name that would suggest colonialism and tried names such as Adams, Hancock, etc. in the process before finally borrowing from “Mad” Anthony Wayne (the fiery General in Chief of the Legion of the United States from the 1700s) the perfect surname for Batman’s civilian identity. 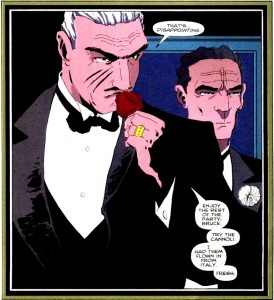 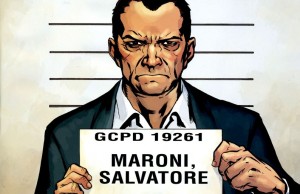 7. Before fighting supervillains like The Joker and Ra’s al Ghul, Batman single-handedly brought down the organized crime syndicates that plagued Gotham City, which included low-level gangsters to powerful mob bosses such as Carmine Falcone and Salvatore Maroni.

8. Batman, while not being imbued with any superhuman powers, makes up for it with his extensive physical and mental training and an inexhaustible range of weaponry and gadgets, which makes him just as powerful as any other powerful superhuman, and even divine superhero and superheroine in the DC comicverse. However, Wayne’s oath to avenge the murder of his parents is tempered with a sense of justice, and it is noteworthy to mention Batman’s “no-kill policy” which involves him serving justice in his own right (if he does not hand over a villain to the authorities), but without the heinous act of taking someone else’s life. This fact was explicitly stated in The Dark Knight Rises film by Batman (played by Christian Bale) while in combat along side Catwoman (Anne Hathaway).

9. The Dark Knight, released in 2008, is one of the best contemporary reflections of the confusion and destruction that surrounded the collapse of the Twin Towers in New York City by terrorists on September 11th, 2001, as Batman’s enigmatic archenemy, the Joker, waltzes into town, and creates problems of epic proportions for Gotham. The Joker does not aim to steal money, gain political power, or even kill the superhero, but only to demonstrate to him the weak foundations of society, as he conspiratorially mentions, “When the chips are down, these ‘civilized’ people will eat each other. You’ll see. I’ll show you.” In an iconic scene of the same film, the camera pans over the lone, grim figure of Batman standing alone in the midst of a burnt down police precinct, the still flaming wreckage of which is arranged to uncannily resemble the ruins of the World Trade Centre buildings.

10. While the levels of anarchy shown in the final Batman movie echo the market crash of 2008, it is also heavily influenced by Charles Dickens’s A Tale of Two Cities, which is set in the backdrop of the French Revolution in the late 1700s, with the final monologue borrowed directly from the last words by the novel’s protagonist: “I see a beautiful city and a brilliant people rising from this abyss. I see the lives for which I lay down my life, peaceful, useful, prosperous and happy. I see that I hold a sanctuary in their hearts, and in the hearts of their descendants, generations hence. It is a far, far better thing that I do, than I have ever done; it is a far, far better rest that I go to, than I have ever known.” Bane, in this context is often compared to the fictional Madame Defarge and the Russian dictator Joseph Stalin, a figure who though rose to power, did so by corrupt methods and hence is not a figure to be trusted. 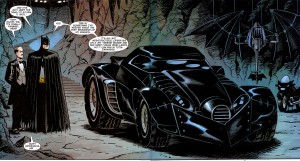 Bonus fact: While all comic lovers know Batman’s favoured armoured gadget-laden black car as the “Batmobile”, it is never explicitly referred to by this name in any of Nolan’s films save the official scripts. This automobile has undergone many changes in its appearance and features over the years, and Nolan’s era saw the Batmobile being modified from the Tumbler, a product designed by Wayne Enterprises’ Applied Sciences Division as a bridging vehicle for the military.