“Rain, rain, go away! Come again another day. “ ~ It’s raining outside and you can hear the raindrops going pitter patter against the window glass. You strain your ears to hear the splashing of the rain against the sidewalk. It is at that exact moment you realize that the Monsoon season has truly arrived. With the advent of the rains, you can hardly go out to eat as you 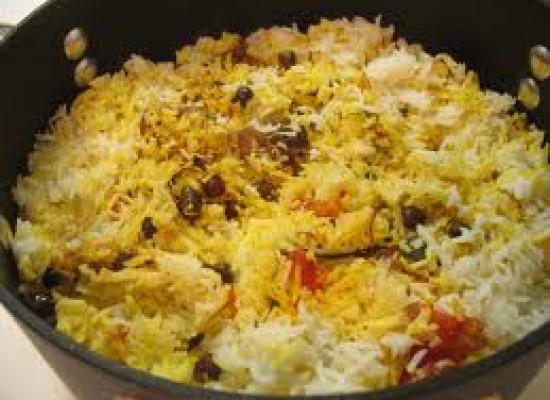 Hyderabad Chicken Dum Biryani has a lot of specialty and particularly it is famous all over the globe. The name Biryani is  originated from a Persian word Beryan which refers to frying or roasting. Biryani is made out of fine basmati rice. The word Biryani itself enhances the feeling of joy and comfort. No one in the world want to ignore biryani, especially Hyderabad dum biryani has much more craze

Cakes… Are they only for Birthday occasions? Not Really. Cakes are such mood changers. They are irresistible. We love cakes and they love us. I don’t think there’s anyone out there who doesn’t love cake. Everyone fancies it and Chocolate cake, its like king of all. Just so delicious. Eating a chocolate cake simply makes our day so effortless. They are yum, rich, creamy, fluffy, soft and what not! The

Satisfy Your Sweet Tooth With An Egg Less Chocolate Cake !

There are hardly any people in the world who can possibly say no to a chocolate cake, and if this holiday season you want to learn baking, then this is the cake you should begin with. Chocolate cake is something that nobody can resist, and therefore, it is the safest and tastiest choice of cake to bake for functions, birthday parties weddings and anniversaries. And this is the reason why

Milk is a white liquid which is produced by mammals. The milk so produced by farm animals is used as a food item by humans. According to statistical records in 2011 about 730 million tones of milk was produced all over the globe. India is considered to be the biggest consumer as well as producer of milk. Milk can be considered as complete food as it is filled with all

India is rightfully the hub of multiple cuisines for diverse variety of food that it offers. Apart from the respective local cuisine of every area, the street food here is omnipresent and is the connecting link between northern and southern parts along with eastern and western parts of India. In almost every part of India, you come across a food shack after every five minutes. Every state has a different