Breaking the Myth: How to Make Indian Cooking Healthy

What is the first thing that comes to your mind when you think of Indian cooking? Hot, spicy, rich? Yet your taste buds respond to Indian food like nothing else. An Indian who can pass on a stack of ridiculously good Aloo Paranthas in favour of a Caesar salad would be difficult to come by. So what do you do? Shrug and accept the compromise on health as an inevitability of Indian living? Or coerce yourself to develop a liking for healthier, relatively bland continental food made with ingredients that are not only difficult to source but also burn a hole in your pocket? We have good news for you: you need do either.

Today, Indian chefs and food enthusiasts the world over are endeavouring to break the one myth that has always been associated with Indian cuisine: Indian food is unhealthy. True, we like our Butter Chicken, ghee laden Naans, and spicy curries, but to dismiss Indian food as inherently unhealthy is not really justified. Indian cuisine has evolved in response to the diverse climatic conditions of our subcontinent, ranging from tropical to alpine, which has resulted in the availability of a broad spectrum of ingredients that are potentially packed with vitamins and fibre, while the array of vegetarian choices available provides low saturated fat options, as long as they are cooked without the lashings of clarified butter and cream so favoured in the restaurant versions of Indian dishes. To help you discover the sheer delight that is wholesome Indian cooking, we have here a few basic tips and tricks: 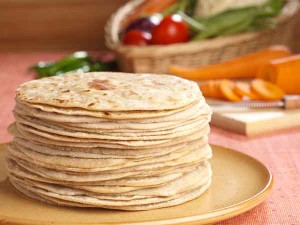 Simple changes like opting for wholemeal flour instead of plain flour when making chapatis or paranthas and swapping white rice for brown Basmati rice can go a long way towards balancing your daily carbohydrate intake. 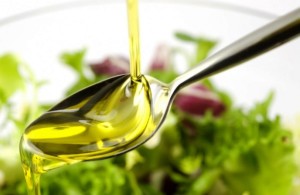 Avoid cooking in ghee or butter as far as possible. Try using sunflower, rapeseed, and olive oils instead. You will be surprised at how well they work with spices. However, bear in mind that olive oil has great health benefits but should only be used for stir-frying or pan-frying, when just a small splash is needed. It is not recommended for deep-frying when a large quantity of oil is required. Using non-stick cookware can help you limit the use of oil.

Free yourself from frying: 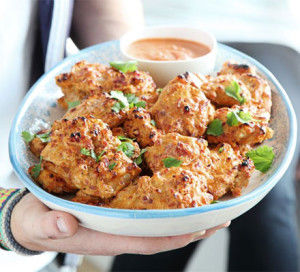 Avoid frying wherever possible. Grill, boil, steam, roast, and bake instead. Tandoori grilling is a great way to cook. It requires minimal or no oil and the intense heat cooks the food quickly, sealing in all the nutrients.

Cut down on the cream: 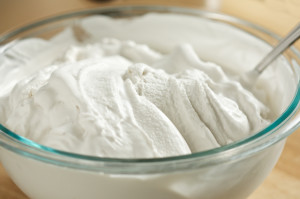 While coconut milk and cream are not without their health benefits, the fat content is usually above levels recommended for daily consumption. For adding richness to a dish, try using skimmed milk, cashew nut paste, or poppy seed paste instead of the regular coconut milk or cream. For bases, opt for low-fat yogurt or tomato sauces rather than cheese-based ones. Use margarine instead of butter.

Indian cooking offers a wide choice of ingredients. Go for lots of greens and healthy legumes such as sprouted beans and lentils. Privilege chicken or seafood over red meats. 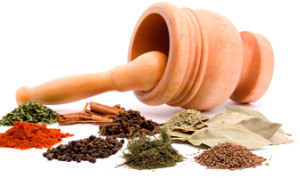 Whether it is the instant heat of chilli or the slow mellow burn of ginger, spices feature prominently in almost all kinds of Indian cooking. As such it is a good idea to know about the properties of the spices you use every day. We have here a list of spices that pack health benefits for you when used in moderation:

Above all, know that healthy eating is a matter of choice. Like all other cuisines, Indian cuisine too comes with its healthy and unhealthy options. It is important to choose right. Opt for Papad instead of Samosa, Chicken Tikka instead of Korma, curries with a vegetable or dal base instead of curries made with coconut milk cream, cauliflower lightly fried with peas and tomatoes instead of Pakora, Matar Pulao instead of Palak Paneer, steamed rice instead of sauced rice, chapati or plain Naan instead fried or stuffed breads, and so on. Be smart, be resourceful, be informed. Enjoy your adventure in the kitchen. Go, taste India! 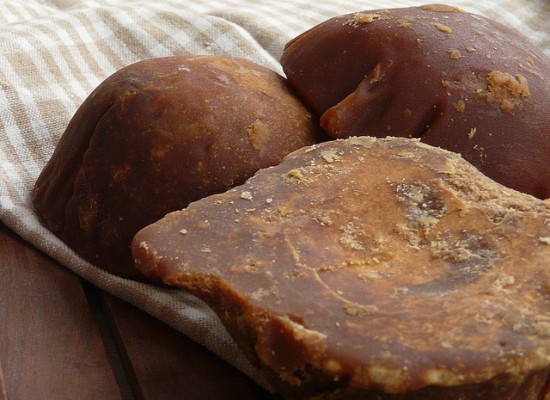 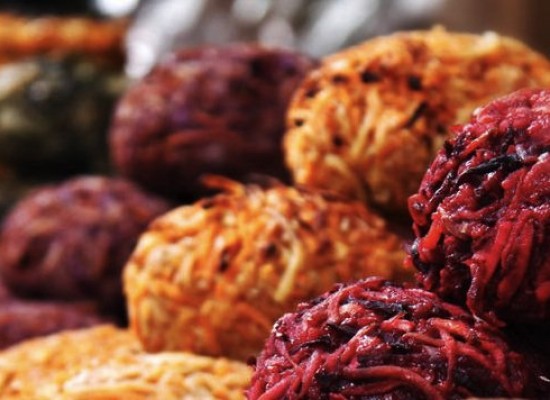