A condiment is a common generic term for any spice, sauce, or any other minor food preparation that is taken with the main course to impart a particular flavour, to enhance the original flavour, or to complement the dish. Although table items like salt, pepper, sugar, pickles, tomato ketchup, and the works are most people’s general idea of condiments, barbeque sauce, teriyaki sauce, soy sauce, and marmite, all of which are used during cooking as well, are also classified under the same. The word condiment is derived from the Latin words condimentum, meaning “spice, seasoning, sauce” and condere, meaning “preserve, pickle, season”. 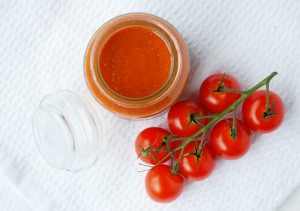 The first known recipe of tomato ketchup perhaps was the one published by Sandy Addison in the American cookbook, The Sugar House Book, way back in 1801. However, Jonas Yerks is widely believed by many to have cashed on the saleability of the condiment and made a product originally sold by American farmers in small niche sales, a national phenomenon. Heinz Tomato Ketchup was the first multinational company to sell tomato ketchup on a mass scale, and since their establishment in 1876, have remained one of the bestselling brands of ketchup.

Chemically speaking, tomato ketchup is a mixture of tomato, onion, garlic, sugar, salt, garam masala, and preservatives like sodium benzoate and acetic acid. While the best way to cook tomato sauce is the original, organic way by making it from fresh tomatoes at home, bottled tomato ketchup is also a safe option. Since canned ketchup hardly contains any fat, it can be consumed by obese and overweight people without any grave health issues cropping up. 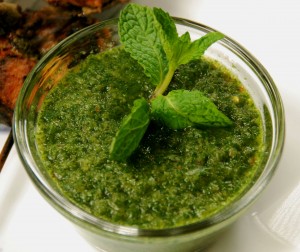 Originating in India and other neighbouring countries of South Asia, chutneys are a blended, liquid mixture of spices, herbs, vegetables, and/or fruit. Highly variable and versatile in nature, chutney can be made by any palatable combination of its components. Generally hot because of their high spice content, some chutneys can also be sweet in taste. Traditionally made in village households by grinding raw materials with a mortar and a pestle, and then, as in most cases, cooking the paste in vegetable oil, chutneys nowadays are being produced in tons of cans and leak proof packages, courtesy electric blenders and huge food processors.

The natural acidic content of most components, as well as the presence of sugar and salt in this condiment serve as natural preservatives. Vinegar can be added as well, both to enhance the taste and the shelf-life of the chutney. With the exception of coconut chutney which has an oil content of around forty percent, people can take chutney in liberal amounts owing to its good nutritive and fibre content. Carrot chutney, curry leaves chutney, and dhania-pudina (coriander-mint) chutney are some of the most popular ones consumed in the country, as well some of the healthiest. 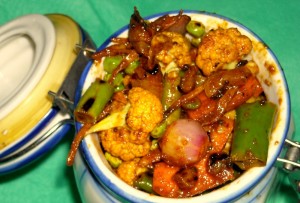 Also known as achaar, pickles form an inseparable part of the cuisine of the Indian subcontinent and other countries of South Asia. Pickles are generally made from handpicked vegetables and fruits, which are then chopped into small pieces and preserved in an immersion of edible vegetable oils like sesame oil, sunflower oil, or any other, along with plenty of salt, and a mixture of different Indian spices, including asafoetida, red chilli powder, turmeric, and fenugreek. In many regions, particularly coastal areas, meat and fish are also made into pickle and produced on a large scale. This particular mixture is then slowly cooked on a low flame or by the natural heat of the sun, of which the latter is usually the preferred, but longer process.

Pickles are full of natural preservatives and hence discourage the growth of microbes that would otherwise allow this condiment to decompose. People who have been recommended low salt diets or who suffer from high blood pressure problems should not consume pickles, due to their high sodium content. Sometimes, a particular component of pickles can trigger allergic reactions in people. Overweight and obese people can consume pickles as well, as long as they are cooked in vinegar, sodium benzoate, or any other non-oily preserving medium. However, they must be consumed fresh due to their extremely low shelf life. 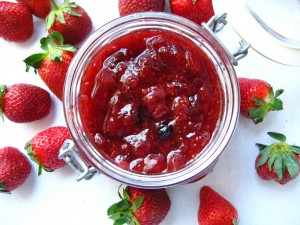 Available in many flavours and colours, jam typically is a semi-solid suspension of both the juice and flesh of a particular single or a mix of vegetables and fruits, boiled in a sugar solution. Usually called by the popular term fruit preserve in most parts of Europe and America, you can find canned bottles of jam in nearly every grocery store today, with types ranging from apple, squash, strawberry, berries, and mixed fruit. Marmalade is a much loved jam variant and popular breakfast condiment, and it is made from the peel and fruit extracts of citrus fruits such as oranges cooked in a sugar syrup. In India, an ethnic jam type is a much favoured food accompaniment, and consists of entire pieces of fruit cooked in sugar and water and then cooled hereafter.

Jams offer little other than concentrated energy in the form of sugar. It is a great source of energy for growing children who usually lead active lifestyles and have vigorous, playing sessions on a daily basis. One tablespoon of jam yields minute amounts of dietary fibre in the form of pectin, which is a by-product of the boiling process, and a negligible amount of vitamins. The heat treatment involved in the boiling process incidentally, also greatly reduces the Vitamin C content in jams. 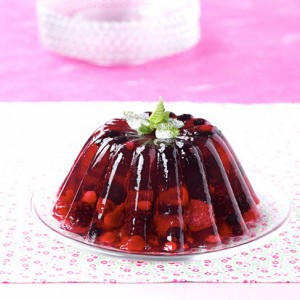 Generally eaten as dessert, jelly is a clear, translucent preparation made by boiling and setting a mix of fruit pieces and juice extracts (occasionally vegetables), gelatine, and sugar solution. While the process of producing and most of the core ingredients used for jelly are almost identical to that of jam, jellies are available both in perishable and long lasting forms. Home cooked jellies which are served as a sweet dish are meant for immediate consumption, while candied jellies such as gummy bears possess a much greater shelf life.

Since jellies contain an extremely high amount of sugar, and very little proteins and vitamins, much like jam, they should be avoided by overweight, obese, and diabetic people. 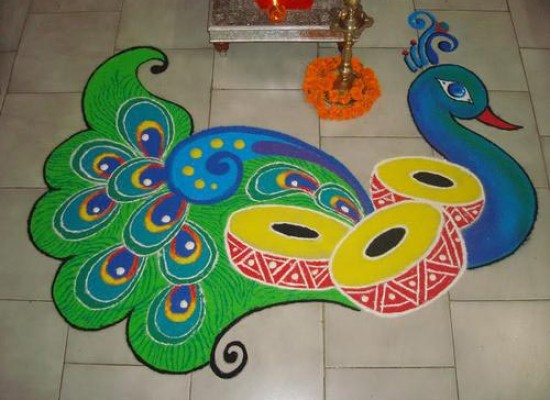