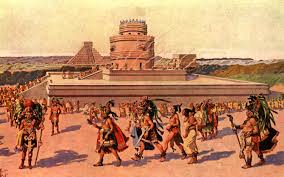 The Maya civilization, one of its kinds happened to be only as early from 300 to 900 A.D. It was the root of the myth behind 2012 was quite sophisticated in the pre-Columbian Americas. It spreaded from southeastern Mexico across modern-day Guatemala, Belize and the western parts of Honduras and El Salvador which is quite significant for that period and thus, claiming its stake in history of mankind. The Maya were indigenous people of  Mexico and central America.The people of Maya never came under a single political flag, obviously there weren’t any situation of political unification at any level. They merrily lived in around sixty distinct kingdoms, each having its own distinct ruler and the relations between the kingdoms were quite subtle and yet complex. They did negotiation, trading and inter-marriage, as well as invasion and were trained for warfare and war strategies. There were several artistical monuments and the Maya cities most often had a dramatic stepped pyramid topped by a temple sanctuary at their center as a spiritual place. Nearby they had the palaces of the royal court, which was built lavishly and it functioned as the center of government and provided luxury accommodation to rich merchants and other rich folk. Close case studies tell they had residences, temples and plazas, even a few ball courts which have been identified only recently. These courts usually consisted of two parallel walls and they played their ritual game using a rubber ball between the two long walls.

The Maya produced impressive and awestruck creative artworks, crafts which includes polychrome ceramic vases and carved stone monuments portraying their rulers in different activities of life in which war portrayals were most common where the king is shown with great pride and honour. The British Museum even holds a number of carved lintels from Yaxchilan in a safe place of modern south Mexico. But the thing , which made the Mayan civilization hot in recent times was ‘the Long Count’ ,an elaborate calendar system which was prodigiously designed to provide dates and that was quite a thing considering this level of a sophisticated writing system in that period.

Religion– The Maya believed in a cyclical nature of time, like the Aztec and Inca who came to power later.  At that time the ceremonies and rituals were associated with terrestrial cycles which they observed as separate calendars. The priest of that time had the job of interpreting these cycles and giving an outlook of future or past. In some Maya rituals, people were killed by having their arms and legs held a priest used to cut the persons chest and tore out his heart as an offering. There is a massive array of supernatural characters in the Maya religious tradition.

Agriculture– The Maya had sophisticated and diverse methods of food production. Mayan used several farming techniques to grow their crops including the slash and burn method, terracing etc. It was believed that a temporary system of agriculture provided most of their food. But now it is thought that permanent raised fields, forest gardens and wild harvesting were also crucial to support the large population in some areas. The major food sources were beans, tomatoes, pumpkin and cacao.

Politics- A Classic Maya polity was a hierarchical state headed by a ruler. Such kingdoms were no more than a capital city. Although there were greater kingdoms, which extended patronage over smaller polities. The identity of each kingdom was that of a political unit associated with a ruling dynasty. Interestingly, most kingdoms never disappeared from the political land until collapse of the whole system. 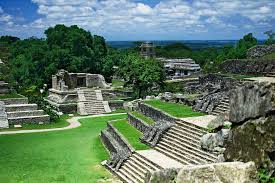 The Mayan region was not homogenous in the distribution of natural sources and culture. Various groups followed the same system of agriculture and worshiped the same tribal gods. Each tribe had its own specific culture and style. The cultural peak of the empire was reached in an area covered with dense forest where man had to fight with nothing but stone tools and fire.  The Maya in this lowland area had been active traders and farmers of beans and succeeded to clear the forest through the practice of cutting and burning for planting.

The Maya people never disappeared neither with the arrival of the Spanish conquistadors nor at the time of the Classic period decline. The Maya and their descendants form sizable populations throughout the Maya area and maintain a distinctive set of traditions that are the result of the post-Conquest ideas and cultures. Mayan population exceeded carrying capacity of the environment including exhaustion of overhunting of fauna and agricultural potential. The Maya centers of the southern lands went to decline during the 8th and 9th centuries and were abandoned shortly thereafter.  In its last period, the Mayan Culture reached and flourished its maximum splendor, agricultural advances, a solar and religious calendar, highly developed numeration system and a new sophisticated construction systems buildings.