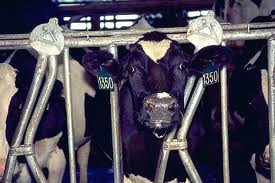 Dairy products are a major source of cheap and nutritious food to millions of people in India and the only acceptable source of animal protein for large vegetarian segment of Indian population, particularly among the landless, small and marginal farmers and women. The major boom for dairy industry was during 1971-1996 when the “Operation Flood” was organized by the Indian Government. An integrated cooperative dairy development programme was implemented in three phases. The National Dairy Development Board was designated by the Government of India as the implementing agency. The major objective was to provide an assured market round the year to the rural milk producers and to establish linkage between rural milk production and urban market through modern technology and professional management. Milk production grew from 21 million tons in 1970 to nearly 69 million tons in 1996 – more than threefold, at the compound growth rate of 4.5 per cent.

In spite of the employment opportunities and massive boom to the economy The Dairy Industry has several critics for the way in which the cattle are handled. To meet the growing demand for milk, farmers impregnate cows repeatedly. Male calves are either sent to be killed or left on the roads to fend for themselves by rummaging in garbage cans. Many farmers cannot afford to feed their cows, and so they leave the animals on the road and only take them in for milking. Once a cow is deemed no longer useful, she is either sent to an illegal abattoir or abandoned in the city to starve. Calves are taken away from their mothers and often sold as veal calves after spending months chained unable to walk, stretch their legs, or even turn around. The adults are also forced to endure months, even years of needless suffering and cruelty.The stress caused by poor conditions on factory farms leads to lameness, disease, and reproductive problems, rendering them virtually useless at just 4-5 years old while their natural life span is 20-25 years. Cows are beaten into submission and artificially inseminated so that they will keep producing milk. Although this practice should be performed by trained professionals, most cows are repeatedly inseminated by “barefoot healers” who ignore the most basic hygienic standards and use equipment that has not been sterilized, exposing cows to infections and diseases. 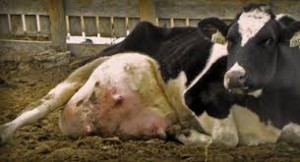 Most of a cow’s day is spent confined to a narrow, filthy stall. Cows are injected with Oxytocin, an illegal drug that causes them to produce unnaturally large quantities of milk and suffer severe stomach cramps as though they were in labour. Cows are impregnated repeatedly. They grieve for every calf they deliver who is ripped away a few days after birth.

Cruelty in Diary Industry is not restricted to only India. It is a very global problem and there have been several cries to stop this cruelty and save these cattle. The major producers of milk and milk products such as Australia, New Zealand among others are criticized heavily for the way the milk products are made and the unfair treatment meted out to the cattle. Australia has been particularly targeted by Cattle Welfare Associations for the manner in which they treat these cattle. The calves are separated from the mom within 24 hours of their birth and transported long distances for butchering. The Australian Media has been very critical and have highlighted some of these issues extensively. The government has taken note and the dairy farming standards have improved over the past few years.

Milk in general is a rich source of proteins and is a very good supplement for humans. It is also a fact that cows produce more milk than what is necessary for its calves the main reason why our ancestors started milking cows. But the practice which was once considered to be good for both cows and man has now become a pain for these innocent animals. Cows have been worshipped in India for a long time, but the steady decline in cattle population is due to uncivilized and brutal treatment meted out to these creatures. The possible solution to this would be to milk cows in an organic way and use only what they give us naturally and avoid techniques like artificial insemination. This can only be achieved if we reduce the consumption of milk and milk related products. There are several other supplements for these products which can be obtained with less harm to other living organisms. The whole situation can be improved by educating the farmers about better practices which can be achieved by sensible media coverage. Everything is a part of cycle of life and all practices has been in existence for a very long time, but this unnatural cruelty towards animals is very shameful and disrupts the very meaning of being human. 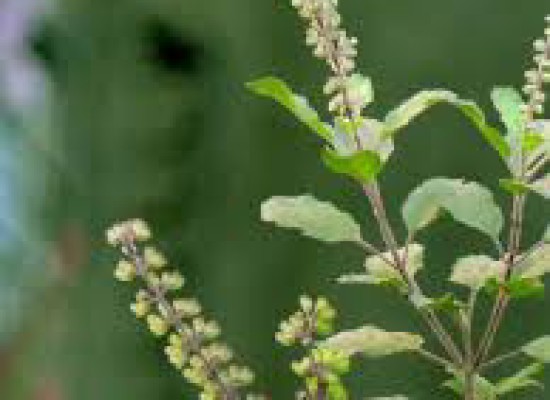 QUEEN OF HERBS- THE HOLY TULSI