Exploring the heart of the Country: Part 2 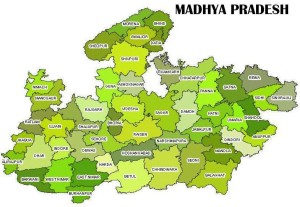 Mandu, Malwa Region (MP): It is beautiful fortified city of the 6th century that has now turned into ruins of the past. Nevertheless, it still has the charm of the bygone era. With many different monuments to see around, Mandu makes for the perfect day trip. When visiting, do visit ‘The Darwazas’- the wall of the fort that surrounds Mandu has 12 gates, through which the road to Mandu leads. ‘Jahaz Mahal’- is a ship palace situated between two artificial lakes. An admired marvel, it gets its name ‘Jahaz Mahal’, because it seems as though it is floating in water.

Orchha, Tikamgarh District:A former princely state founded in the 16th century, Orchha has one of the most spectacular fort in India called the Jehangir Mahal. Orccha is lined along the Betwa River. The fort has the influence of Bundela art and the views that the fort offers are stunning. Everywhere you look, you would find small shrines that tell an enriching history of their own.

Pachmari Satpuras: A beautiful hill station, that is very rich is flora and fauna, Pachmari is situated in a valley of the Satpura range. Pachmari is a very popular tourist destination. The name Pachmari means ‘the five caves’, it is believed that the caves found here, were built by the Pandavas, when they went into a fourteen years long exile. There are numerous cottages and hotels in Pachmari to reside in, giving you ample amount of time to visit all the beautiful sights that this hill station has to offer.

Ramghats at Chitrakoot:Situated in the town of Chitrakoot, the Ramghats overlook the Mandakni River. When you visit the ramghats, you will feel a sense of calmness watching saints sitting in saffron and meditating. In the evening, aarti is done by the river where everyone gathers and offer their prayers. It is believed that this was the river where the three mythological characters of Ramayana, Lord Ram, Sita and Lakshman bathed.

Shivpuri, Shivpuri District (MP):An ancient and a scared town, Shivpuri got its named after Lord Shiva. Shivpuri, might be a small town, but in the past emperors have walked on the very same hunting grounds and dense forests that Shivpuri still has. Graceful remnants of the past that have stood test of time are the tourist attractions of Shivpuri nowadays. Another known fact about Shivpuri is that it is called the Shimla of Madhya Pradesh, because of its winter and geographical similarities.

Tawa Reservoir- Madhai:This is a reservoir that forms the western boundary of the two important biodiversity of Madhya Pradesh i.e. are Satpura National Park and Bori Wildlife Sanctuary. It has become a major tourist attraction during the monsoon season, which has prompted the tourism department to allow a cruise for the visitors to visit the dam and the reservoir.

Ujjain:An ancient city and a religious center, Ujjain is situated on the eastern bank of the Kshipra River. It is one the four cities in India that hosts the Khumbh Mela, that attract millions of Hindu pilgrims from around the country. Another important religious center in the city is the Mahakaleshwar Jyotirlinga, which is one of the twelve Jyotirlinga shrines dedicated to Lord Shiva. Ujjain was also the home to Kalidas, who is very important figure in the literary world till date.

Vidisha, near Bhopal, (MP):Vidisha is a city that is dotted with important monuments and temples of the past making it history rich. A little north of the town is the ruins of an ancient city called Besnagar. Near Besnagar, are the Udayagiri Caves which have inscriptions and sculptures that date to the Gupta empire.

Yashwat Sagar:Indore Zoo, Indore (MP): The Indore zoo located in the largest city of Madhya Pradesh is also known as Kamla Nehru Prani Sangrahalay. The zoo is one of the oldest zoological parks of Indore and houses some of the most exotic animals in the country, such as the white tigers, Himalayan bear and the white peacock. It is one of the major tourist attractions in the city.
This is one of the brilliant most manners in which exploring the heart of the nation seems feasible and completely possible and realistic. Everyone must not ignore the state to relish the most of the country as a citizen. 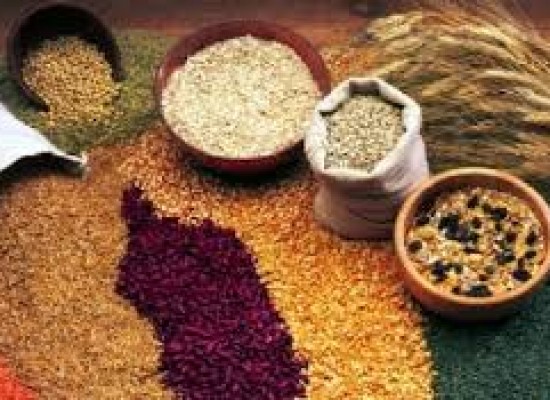 Meal is incomplete without Cereals