Is There more to Hinduism?

We are all very too familiar with our pantheon of gods and each day, we find youngsters rejecting the idea of religion especially when it comes to Hinduism since they find it absolutely impossible the existence of so many gods in such weird forms. ‘Weird forms’ is what we label these bodily eccentricities seen in our myths and legends. But, take a moment and just try to think outside the box.
Firstly to all my non-hindu readers out there, I would like to inform you all that Brahma is called the creator and is shown to have four heads placed perpendicularly to one another along with four faces and four arms. He is supposed to have CREATED our world. 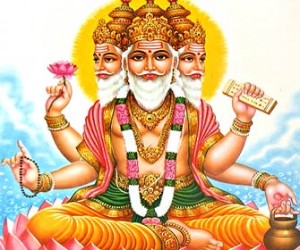 Saraswati, the goddess of wisdom and knowledge is said to have originated from his tongue. Vishnu, he is the one who preserves what has been created and he is said to rest on top of a many headed serpent called the Shesha naga in the milky ocean ‘Palazhi’. He has many arms like Brahma and Saraswati. Shiva is the destroyer; he destroys everything thus completing the circle. And the rest of the gods are all subordinate to these superior three. Here itself, we can see that the circle of creation-preservation-destruction is not a silly idea and it carries the underlying meaning of recycling energy and matter. Yes, this is something that we can guess about as it sounds like a random coincidence. But the interesting facts are yet to come.

The city of Dwaraka, the kingdom of Krishna (another avatar of Vishnu), lies submerged in the waters and also the city of Ayodhya, kingdom of Rama, also exists. Since there is some kind of evidence like this, it is not right to completely do away with the fact that they might have existed. They could have been celebrated kings and stories might have been written in such a manner that it elevated them into the position of gods. These kings might have possessed some frightfully advanced weapons and those were being called ‘Vimanas’ and ‘Astras’. Believe it or not, the scriptures have detailed explanations of the description of these objects!

In the Sanskrit Samarangana Sutradhara, it is recorded ”Strong and durable must the body of the Vimana be made, like a great flying bird of light material. Inside one must put the mercury engine with its iron heating apparatus underneath. By means of the power latent in the mercury which sets the driving whirlwind in motion, a man sitting inside may travel a great distance in the sky. The movements of the Vimana are such that it can vertically ascend, vertically descend, move slanting forwards and backwards. With the help of the machines human beings can fly in the air and heavenly beings can come down to earth”. The instructions are very precise; loads of sanskrit texts on these topics are lying untranslated. Both the epics, Ramayana and Mahabharata carry various evidences in them which describes the weapons in the most fascinating manner. Indra, the king of gods, has a powerful astra which when aimed at anyone, consumes the victim with its beam of light. Doesn’t this frighteningly remind you of lasers?

Moreover, the Ramayana has a detailed description of a trip to the moon itself in the Vimana! It is unbelievable. Thousands of years ago, they had already discovered how to go to the moon and it goes on to furthur describe a fight there. These descriptions are plush with scientific words and based on the idea of anti-gravity. They also claim to fight the pull of gravity with the help of mind’s power. That’s a bit of spiritual mix there. Also, there were four types of vimanas followed with detailed descriptions; basically Vimanas are cylindrical (sometimes circular) with a dome and porthole; it is said to emit a melodious humming noise while travelling at the speed of wind. Apart from Vimanas, Valmiki is seen to be teaching Rama two kinds of use of electricity (shushka and aardra) which when literally interpreted says – Continuous motion between poles will create electricity that can be transmitted through a metallic wire and it should have a mechanism to stop and start for smooth functioning. 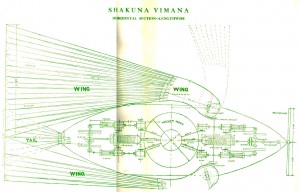 Did you know that not just in our epics, but the Babylonians also have mentions of the flying machines?

Truly remarkable, isn’t it? The historians have it recorded that when Alexander had tried to invade India, his army was driven away by the sheer sight of ‘fiery, flying shields’. There is no more evidence about this spotting and we are left to guess it out. Many years later, they say that the Nazis got the idea of pulse-jet engines for their buzz bombs from our scriptures since information regarding various propulsion sources such as pulse-jets and combustion engines. Our scriptures seem to informed about so many scientific facts which means people of those times were far more brilliant that we ever presumed!

Many years later, King Ashoka had put together the scientific information from all the Vedic scriptures and compiled a series of books. Since he was against violence, those books were fiercely guarded from other blood thirsty kings. One of the books dealt with gravity and it was called ‘The secrets of Gravitation’. It also talks about interstellar space travel with the help of the power of  ego in man’s physiological makeup called laghima which is “a centrifugal force which can counteract the gravitational pull” and this “laghima” enables a person to levitate.

The best part is yet to come. The portrayal of the war in Mahabharata is so realistic that it literally sounds like a nuclear war. It is said that ”The hair and nails fell out; pottery broke without apparent cause, and the birds turned white – after a few hours all foodstuffs were infected – to escape from this fire, the soldiers threw themselves in streams to wash themselves and their equipment”. This sort of thing is exactly the aftermath of a nuclear war. Water is the only thing which can save us. To top this all, the skeletons excavated from Mohenjodaro have been found to be highly radioactive! The Indus valley civilization (Mohenjodaro and Harappa) were the first ones in the world. If you look closely, you can imagine that the end of our epics were brought upon by a nuclear war between extremely powerful kings with some strikingly advanced artillery.

So what if the Hindu gods actually were great kings of the bygone era? Their power was so great that people made them gods. We may not have large amounts of evidence but I believe plenty of our manuscripts are yet to be translated from the old Sanskrit and that may hold the answer to all the mysteries because our Vedic scriptures are much vast and informative than anybody can ever imagine.
After all it is true that absence of evidence is not evidence of absence. So guys, try to ponder on this and let your imagination run wild! We should not let our beautiful, rich heritage with its invaluable scriptures go undiscovered!
Hinduism is more than what meets the eye. It is more than a myth.