Haleem is a dish that is made out of wheat, barley, meat ( Generally made up of mutton ) but sometimes it is made out of chicken along with the lentils and spices.Generally this dish takes too much time for preparation around seven to eight hours, so that it leads to the formation of a very soft paste like substance by blending the flavors of spices, meat, barley and wheat.This dish is very famous around south east and central Asia.The preparation of it varies from region to region and is mostly prepared during the Ramadan season. 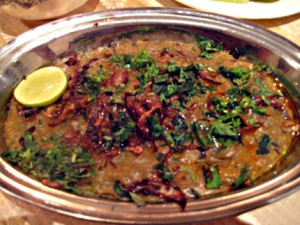 This delicious South Asian dish is originated from the Arabs during the rule of the Nizams.This is a Arabic dish which is consisting of meat and it is containing pounded wheat as the chief ingredients.From the original dish slight variations are introduced in taking flavors that resulted in the distinct taste from other types of haleem. 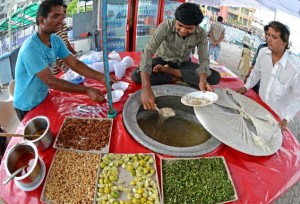 1) Take one kg of boneless mutton or with bone

4) Take one cup of urad daal

5) Take one cup of chana daal

8) Take one to half cup of curd

9) Take two cups of onions that are length wise sliced and make a deep fry so that they change their color to deep brown.

14) Take one fourth the teaspoon of Garam masala powder

15) Take one fourth the teaspoon of jeera powder

17) Take one teaspoon of ghee

18) Take half the cup of fresh coriander leaves

19) Take half the cup of fresh mint leaves

22) Take half the cup of  cashew nuts

23) Take salt that is sufficient for taste

24) Take oil that is required 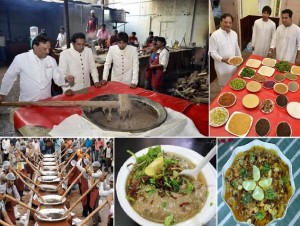 Ingredients and preparation of Haleem

This is a dish that looks as if it is a signature of the festive month of Ramadan.This is a very long process of preparation and it takes about seven to eight hours for preparing it.This is a dish mostly available during the month of Ramadan where most of the Muslims do fasting.It is very popular dish especially Hyderabadi Haleem is very famous around the world and it has international demand for this product.This is a dish that is the best for those Muslims to break their fast with absolute delicious taste.Apart from Hyderabad dum biryani this is the most taken food item.There is a lot of hard work involved in the making of this dish.

Take a bowl and mix the broken wheat along with urad and chana daal and let this mixture soak in water for at least 4 hours.The water that is taken for soaking this mixture must be double the quantity of dal and wheat mixture.

Take a cup of long and thin sliced onions pieces in a cooker and make a deep fry in fortune rice bran oil.Fry them until their color changes to dark brown.While making a fry of onions along with it put cardamom cinnamon and clove pieces also and fry for about two minutes.

Now take the mutton pieces and wash them thoroughly.Put them in a cooker and add one fourth tea spoon of turmeric powder, one  tea spoon of red chilli powder and add one cup of water.All of them are stirred continuously until they mix well and close the lid of the cooker.Let the flame be continued until five whistles.

After taking it from cooker separate the bones and meat.Now meat separated from bones is placed in a cooker and add one teaspoon of salt, one teaspoon coriander powder, one fourth teaspoon of Garam masala and jeera powder.Also add four green chillies, half cup coriander  leaves, mint leaves and the fine chopped tomato pieces.To this add curd and a cup of water and mix all the contents well.The cooker is allowed to cook for 20 minutes on a high flame.

While the meat is being cooked take a pan on other side and put the well soaked broken wheat, urad and chana dal mixture in it.To this mixture add two glasses of water and mix well.

The bones that are separated at step 4 are taken in a container along with dal, wheat mixture and one fourth teaspoon of turmeric powder.Add salt to it and allow it to cook for about 20 minutes and stir it continuously.

After the bones are cooked for twenty minutes it is taken out and the bones are mashed using a wooden churner for at least five minutes.

In a container take the meat that is cooked and is added to the dal mixture and turn on the flame and let it be cooked for one hour on a low flame.Continuous stirring should be done for every three minutes for the complete one hour.

After the completion of one hour check whether it is like a thick paste or not.Don’t overcook as the taste and feel will be spoiled and the color becomes brown.So we must turn off the flame when it is golden yellow in color.That’s it tasty spicy Ramadan season special Haleem is ready it can be garnished with fried onions, cashew nuts, coriander and can be served in a serving bowl. 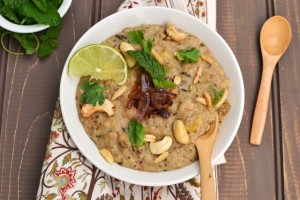 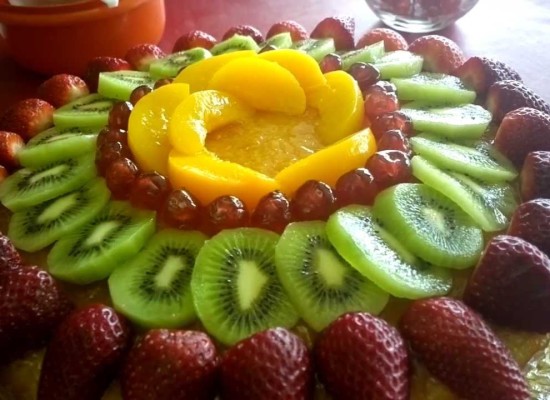 Beating The Heat With Juicy Retreat 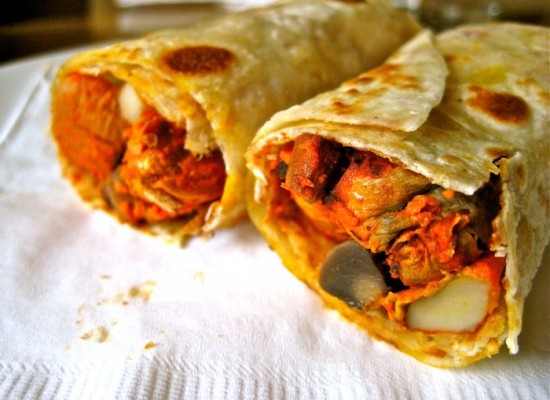 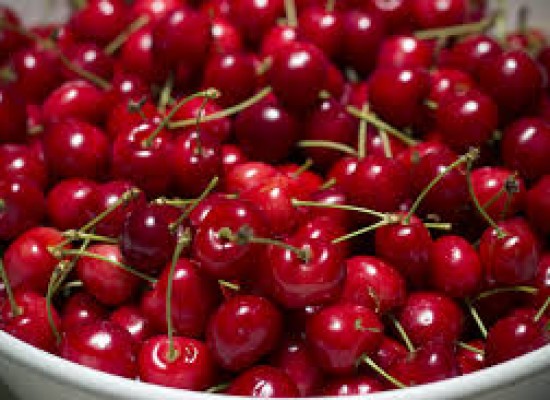 The Love For Cherry