Spread it on a finely toasted slice of bread or top some crackers with a dollop of this, and you’re good to go for a quick delicious snack! I am talking about jams and jellies. As a kid, my favorite dessert used to be vanilla ice-cream with strawberry jelly that my mom used to make as home. Having seen orange marmalade being made at home, I have grown up having the best of the fruit preservatives world! 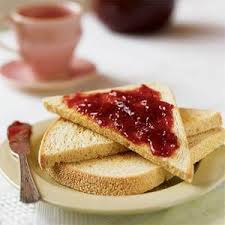 Preserving fruit by turning them into delicious jams, jellies, marmalade, preserves or fruit butters has been an age old practice. The exact place of origin is not clear though we believe it started in the Middle East where there was an abundance of sugar. The concept of preserving fruit was brought to Europe where it gained popularity as jams, jellies and preserves. Back in the 16th century, when the Spanish came to the West Indies, they preserved fruits using sugar cane to make jam and jelly hence popularizing the idea. In the U.S., early English settlers would make fruit preservatives using honey, molasses and fruit pectin derived from apple parings. 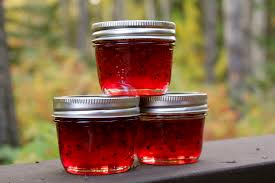 The concept of cooking fruit to preserve it was a home-task until Industrial Revolution. Cooks would make preservatives to relish seasonal fruits at other times of the year or to store them for times of scarcity. Preserving fruit would be helpful for sailors to take on long voyages. During World War 1, U.S. Army troops were given a grape-jam called ‘Grapelade’ for their stay during the war. After the troops returned, they demanded more of the jam hence leading to increased production. On advent of Industrial Revolution, came the era of factory-produced fruit preservatives. They were commercially produces and soon the market racks were filled with arrays of jam and jelly bottles, thus making it completely unnecessary to make preserves at home. Despite that, home-cooks and chefs continue to make their own jellies and jams thus indicating that this practice has more of a cultural significance rather than mere physical nourishment. 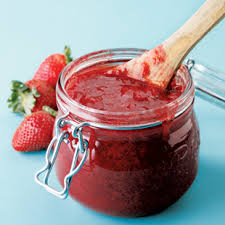 When you go to buy some of these delectable condiments, make sure you know what you want. Jams and jellies, relished equally have a huge difference. Jams use the complete fruit hence avoiding any wastage. Jams have an interesting texture as they are neither solid nor liquid. They contain chunks of fruits which lends it a sense of bite and solid appearance, but leave it at room temperature and you will see the juicy bit of it too. Jellies on the other hand have a clear translucent appearance and have the sparkling flavor of fruit juices. After cooking the fruit in its juices, it is left to naturally strain its juices through a muslin cloth. Forced straining of the juices might take away the clear appearance of the juice. Marmalade are only different from jams in a way that they have the fruit peels processed into them. Marmalade mainly use citric fruits like oranges, lemons, mandarin etc. or combination of these. 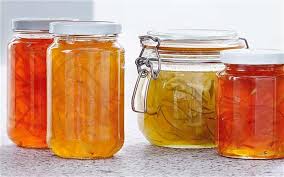 Some easy home-made recipes are given below. 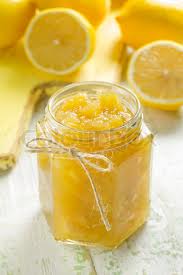 Peel off the yellow part of peel in strips from lemons. Cut strips of desirable thickness and cut off all white membrane (pith), from the peeled lemons using a knife.

Cut the peeled lemons crosswise into thin slices. Put the lemon peel, sliced fruit, and water in a heavy non corrosive vessel, cover it and refrigerate for a few hours.

Heat the lemon mixture by boiling it over high heat, stirring frequently.

Reduce the heat and simmer it till the mixture softens, for about half an hour. Remember to keep the vessel covered during this step.

Add sugar to the mixture .Increase the heat to medium-high and stir until sugar dissolves. Heat to boiling and reduce heat just so mixture boils gently. Boil uncovered, stirring frequently until the mixture reaches a temperature of around 220 degrees Fahrenheit.

Store in clean glass jars when the mixture cools down.

These might also serve as interesting gift ideas or personalized tokens of appreciation. 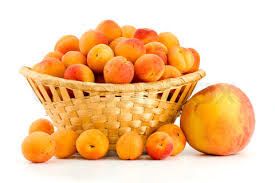 Finely chop the peaches and apricots and combine them with lemon juice in a deep heavy vessel.

Place the heavy bottomed vessel over high heat and cook till the mixture comes to a full rolling boil. Stir constantly.

Stir in the sugar and spices and cook over high heat till the mixture returns to a full rolling boil. Boil hard for 1 minute, stirring constantly.

Remove from heat. Stir and skim the foam away. Let the mixture cool down

Store in clean sterilized jars and enjoy with any kind of bread. 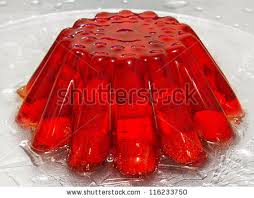 Wash, stem and quarter the strawberries. In a heavy-bottomed saucepan, mix together the fruit, sugar and lemon juice.

Mix in the sugar and stir over low heat until the sugar is dissolved. After the sugar crystals have dissolved, increase heat to high till the mixture comes to a full rolling boil.

Strain the mixture through a fine muslin cloth without pressing the pulp and sieve through. Place the liquid back in the saucepan and boil it stirring often, till it reaches an approximate 220 F.

Transfer to clean sterile jars and refrigerate jelly for up to two weeks and enjoy. 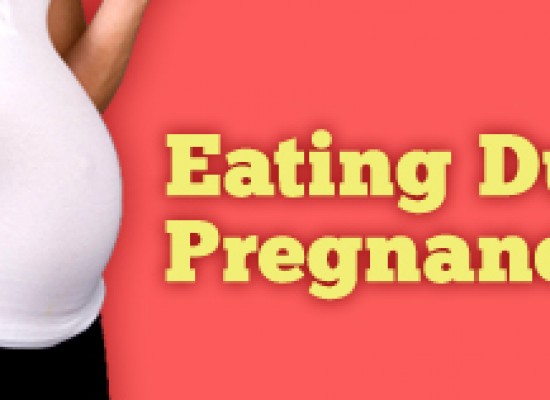