Human Civilization, across the vast area of the globe has been a seat of diverse cultural evolutions. The societies all across the world have evolved culturally, economically, socially, politically and spiritually. The change in values, principles, ethics and customs is reflected in the fact that all of us had been subjected to constant change through the processes of Urbanization, Industrialization and Modernization. From the Stone Age to the Modern Machine Age, man has traversed a long course in time! 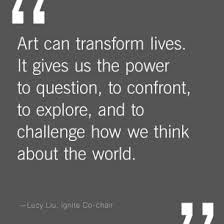 The change in the cultural and social practices is well reflected in many institutions and material evidences. One of them is a Museum. A museum, as an Oxford Dictionary defines it is an institution or a building that houses objects of interest to display to the public. Wikipedia calls a museum as an institution that conserves a collection of artifacts and other objects of scientific, artistic, cultural, or historical importance and makes them available for public viewing through exhibits that may be permanent or temporary. To many, a museum is the primary source of information about the evolution of man in a multitude of aspects. To many, visiting museums is a recreational activity. To some of us, a museum is a mirror into our true origin and a way to connect to our roots. Thus, a museum is a reflection of our ideologies that date back to millions of years and yet build our present identity. 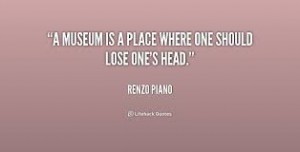 The word ‘museum’ has possibly been derived from the Greek word ‘monseion’ that meant ‘seat of the Muses’. It then referred to a philosophical institution or a place for contemplation. The Latin derivation ‘museum’ appears to have restricted to places of philosophical discussions. Thus the great Museum in Alexandria which was founded by Ptolemy I Soter in the early 3rd century BC., with a college of scholars and a library of its own, was more of a prototype university to preserve and interpret material aspects of the heritage. By the 17th century, museum was a term used in Europe to refer to describe collections of curiosities. By the 18th century, the idea of an institution called a museum established to preserve and display a collection to the public was accepted. 19th and 20th centuries have witnessed establishment of many such museums all across the world in various countries. Though continued digitization of information and increasing capacity of digital information storage along with technological advancements has caused the traditional model of a museum to become less popular, but the virtual exhibits so developed still remain dependent on the preservation and interpretation of material things by the traditional concept of the model.

Visiting a museum has been a household- recreation for many. Go to a place that has a decent historical lineage and it is bound to have a museum. And if there is a museum, visiting is a good option. What we should observe here is that a museum is not just to be visited for spectating the galore of our forefathers. It a place to connect to our history, gain information, promote our national and cultural identity and hence make it a memorable experience. These cultural institutions foster intercultural awareness and restore a sense of dignity and identity to many communities. They could also resolve conflicts. People and communities in areas infected with unrest and conflict could appreciate each other’s ancient history and thus co-exist in harmony if they were made aware of it through such institutions. UNESCO suggests making entries to museums free to promote the culture among various people irrespective of their caste, creed, social and economic status. The value of ancient arts and culture chimes in sync with the modern ethics of our society in the concept of museums. Quoting the exact words of NDMC that says:

“The museum sector believes that it makes a real difference to people’s lives. It is a line that is frequently used to advocate and promote our work to stakeholders; but what does it mean and how might we investigate it? What is the nature of the impact that museums have on the individual and how does this play out in communities, societies and even nations?”

Museums are fundamentally driven by the human desire to delve evidence for secure meaningful information and to dig deeper for accounts of experiences. What a museum intends to do is make a cultural impact, by stimulating knowledge transfer, deliver life-enhancing skills, development of basic virtues and skills of patience, observation, reasoning out and hence the overall development of a human mind. It strives to establish an emotional connect and development of ideas or an increase in the capacity to learn.

Given the significance of museums in our fast modern lives, it is a definite fact that the galore of these institutions is not to be given a miss. There are various museums in the world in different continents that are not just objects of cultural significance but reach out to the masses to etch a permanent impact on their minds. Having said that, let us have look at some of the famous museums of the world.

The Royal family of Spain curated and commissioned art with utmost passion. In addition to their fine taste and interest, their huge collection of the best Spanish paintings and works of the best artists from across the globe made them establish this museum. It was open to public in 1819 by Fernando VII in the neoclassic building designed by Juan de Villanueva.

One of the largest and the most visited museums in the world, with over 9.3 million visitors in 2013, this museum is popular enough to make people swoon over it just by its name. Housed in the Louvre Palace, a former Royal Palace, it was opened in 1793. The famous glass pyramid added in 1989 is one the major attractions. The most famous exhibit being the classic painting of the Mona Lisa by Leonardo da Vinci.

The National Palace Museum boasts of the largest collection of ancient Chinese artifacts. The museum was originally established Beijing’s Forbidden City in 1925, after the expulsion of the last king of China. In the final years of the Chinese Civil War, the most precious items of the collection were transported to Taiwan.

The Hermitage has acquired a mesmerizing collection of arts from all over the world varying from the times of the Stone Era to the early 20th century. The glorious blue- and-white structure consisting of 6 buildings, was completed in 1764 and had served as the main residence of the Czars for several centuries. Founded by Catherine the Great, this massive museum houses some of the best works of famous artists like Michealangelo, Leonardo Da Vinci and more. 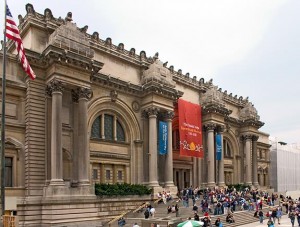 Also known as the Met, This is an art museum located on the eastern edge of Central Park in the New York City. The vast gothic-style building was opened to public in the year 1872 and had been subjected to various add-ons after that. It has on exhibit, some of the finest works of art from across the human history depicting almost every field of craft in existence. It also organizes travelling shows throughout the year.

This is the world’s largest research and museum complex. It includes 19 museums and galleries, the National Zoological Park and many research stations. Dorothy’s ruby red slippers, the dresses of the First Ladies, the Gem Hall and the Wright brothers’ 1903 flyer are some of the major attractions here. 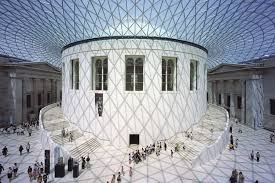 This museum boasts of being the national collection of archaeology and ethnography ranging from pre-historic bones to pieces of Athens’ Parthenon. It houses the Rosetta Stone that was carved in 196 B.C. It was established in 1753 and has the largest collection of mummies outside of Egypt. 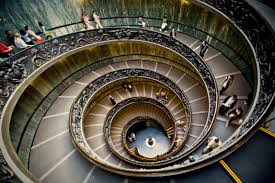 It was founded by Pope Julius II in the 6th Century and are the most famous for the spiral staircase. The exquisitely decorated Sistine Chapel is another proud acquisition of the museum. The chapel ceiling was painted by Michelangelo between 1508 and 1512. 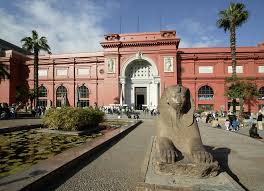 It is counted as one of the worlds’ best museums. It has a huge collection of papyrus and coins used by ancient Egyptians. Also, it houses many artifacts from the final two Egyptian Dynasties and from the Valley of Kings. Main attractions are the Royal Mummy Room containing 27 mummies from the pharaonic times.

The Museo Nacional de Antropología or National Museum of Anthropology was opened in 1964. It contains archaeological artifacts from the pre-Columbian heritage of Mexico. The most famous object of attraction is the Stone of the Sun which was not used as a calender actually but contains 20 day signs and the four eras of suns that preceded the present 5th sun.