Potatoes are one of the cheapest crops grown all over the world.  It is a tuberous and starchy crop which belongs to nightshade family or Solanaceae family. It is considered as the most comfort food, whether it is in roasted, mashed or baked form. It is the only crop available throughout the year as it is harvested somewhere in every month of the year. It has listed its name amongst the world’s largest food crop which already includes maize, rice and wheat.

Potatoes are found in different sizes, shapes, color and flavors. There are about 100 different varieties of potatoes found all over the world. Potatoes are classified in two two groups: mature potatoes and new potatoes. Mature potatoes include the White Rose and Russet Burbank while New Potatoes include Red Pontiac and Red LeSoda.  The outer covering of this crop is generally red, yellow or brown in color while inside it is white or yellow in color. 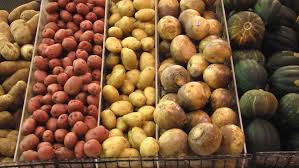 As we know potato is a rich source of nutrients so to have all its nutritional value, we must consume it fully without peeling it. You can scrub the potato in the cold water so as to remove bruises or deep eyes and if needed you can use the knife. And if you are peeling it, then be careful and only remove thin covering so as to retain all the nutrients. After cutting, potatoes must be placed in a bowl containing cold water and lemon juice so as to avoid its skin from darkening. Avoid its contact with aluminium or iron pots as they are sensitive to it. 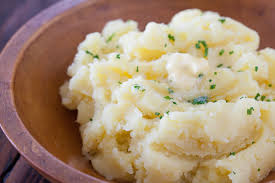 Potato is one of the most substantial food sources across the world. It is almost like an ingredient in each and every dish. It is considered as the best remedy to cure blood pressure problem, but unfortunately people take its intake after covering it with butter, melted cheese to make it yummier and simultaneously adding more fat to it. This sometimes becomes a big contributor to heat related problems. Potatoes are the main source of Vitamin B6 and a very good source of copper, manganese, fiber and Vitamin C. It also contains several phytonutrients which has anti-oxidant properties and perform activities against free radicals. Recent studies show that quercetin, a chemical which is present in potatoes helps in cardio-protective activities and has anti-cancer properties.  Several health benefits that intake of potatoes involve are:

It helps in lowering blood pressure: Scientist in UK found a compound called kukoamines which has a blood-pressure lowering capabilities in potatoes. Previously this compound was only identified in an herbal plant named Lycium Chinese, but now it is present in the World’s most available crop i.e. Potatoes. Potatoes in addition to this also contain several health promoting chemicals. So people who are suffering from high blood pressure problem must take a regular intake of this vegetable in any form. 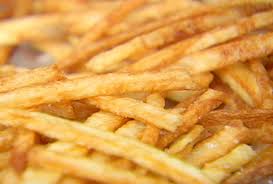 It helps in building our cells and makes them stronger: Potatoes being a good source of Vitamin B6 provides strength to our cell. It is found that one potato contains a half milligram of this special nutrient in it. B6 is the most important nutrient that our body demands every time like during enzymatic reactions, formation of new cells etc. So presence of any potato based dish in our meal is enough to fulfil all the requirements of B6 in our body. 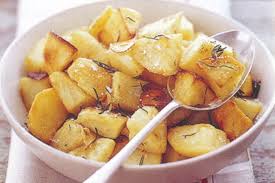 A good source of Vitamin C and iron: potatoes are the main source of Vitamin C and contain more amount of this nutrient than tomato. It helps in preventing cellular damage as it has an anti oxidizing capability. It also helps in collagen production along with the iron absorption, which keeps our gums stronger. Potatoes also help in supporting our immune system. One potato can provide 6% of the iron needed by our body. The intake of potato helps in oxygen utilization, neural development and control the overall functioning of cells.

Apart from the health benefits it has several uses too:

So here we have seen that all the goodness of potatoes. This appetizing, family-favorite crop is not just have health benefits instead has several other uses too. So make potato a part of your meal and unearth all its comfort.

Meal for Meal-makers- Recipes to Relish !