Often while having food, you find that the dish lacks a certain punch. A flavor so to speak. You wonder how to solve this problem. Well, worry no longer. There is a solution at hand which will leave your taste buds tingling in the process. What can that be you ask? One word we say in reply. Chutneys! Chutney (also translated as chatney or chatni) is a family of condiments

A wedding is a ceremony or gathering of people where all the relatives, neighbors are united.As there are many cultures and traditions in India, there are different styles in wedding.Depending on the countries and religions it varies.Most of the couples and their respective families exchange gifts, rings, symbolic item, flowers, money,cars , bikes, flats and many more in a wedding.Special and new garments are worn by everyone who attended the marriage.Just

Familiar with fried rice, spring rolls and Manchurian? Thanks to the Chinese for blessing us with such an appetizing cuisine. Unlike the Italian and French cuisines, Chinese cuisine is less sophisticated has far more outreach to the general population around the world. No wonder it’s ranked among the best cuisines the world.But sadly, noodles bears the overused symbolism of Chinese in food, like Butter chicken and Naan to the Indian cuisine.

Kolakta which is the capital of West Bengal and it is the former capital of British India during the year 1772 to 1911.It is one of the ancient and largest cities in India and also one of the major ports in India.IT is located on the eastern bank of hugli river.A city of commerce, transport, and manufacture, Kolkata is the dominant urban centre of eastern India. Origin of name Kolkata: The

We generally do not find many Dutch restaurants in India. The food from the Netherlands is not as famous as Mexican, Italian or French food but has a spectacular flavor which makes your mouth water and fall in love with it. A foodie like me would never miss a chance to hog on to Dutch food. A lot of sea food and vegetables are consumed by the Dutch, simply because 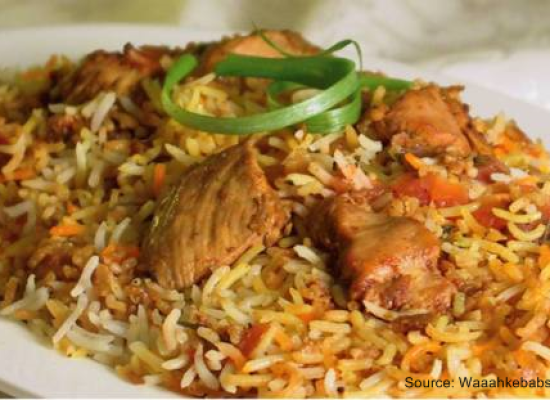 The sumptuous meal that the city of Awadh has to offer is nothing short of magical. The royalty and the grandeur of it will leave you mesmerized. It will leave an everlasting impression on your taste buds. You’ll always want some more of it. You will get the Nawabi feel in every bite you take. Such is the magnificence of the Awadhi cuisine. The city is notably famous for the