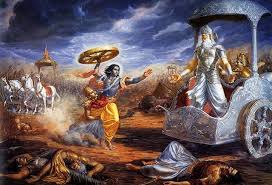 Mahabharata, the story of two sets of paternal first cousins, the Kauravas and the Pandavas who become bitter rivals, the story where a wife is shared by five husbands, a story of vengeance, a story where a kingdom is gambled away, a story which went on to become one of the greatest epics in the history of the world.

Here are some really interesting facts about the greatest epic of all times:

1. There are lots of stories about the Amrit Manthan which are the part of the original epic Mahabharata. But very few people know that the entire epic was narrated at the Sarpa Yagna. This Yagna was being conducted by Janamjaya, who was Arjuna’s grandson.

2. Karna and Bhishma never fought in the battle together. Bhishma, being the army chief wanted Karna to submit himself to Bhishma and fight under his supervision. Karna could not do that. Hence, Karna only fought the battle after Bhishma’s death.

3.Out of the hundred Kaurava brothers, only Yuyusu survived the war.

4 .Krishna had once questioned Yudhishtira that why did the King of Indraprastha, not seek his assistance while playing the dice game. If Shakuni was allowed to play from the Kauravas side, then even Krishna could play on the behalf of the Pandavas. 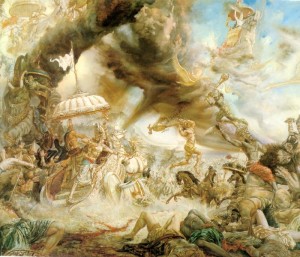 5. Krishna knew about Arjuna’s love for Subhadra. He instigated Arjuna with idea of kidnapping Subhadra. Balaram and the other Yadavs were furious when Arjuna kidnapped her. They were all up in arms and got ready to chase Arjuna. Krishna stopped them by saying that Arjuna had done everything according to the Kshatriya Dharma and that they are indeed lucky to have married away their sister to such a great warrior.

6. The names of the Kuaravas have always been associated with their bad reputation. Duryodhana which means ‘bad warrior’ was actually Suyodhana, the good warrior. Dusshasana meaning bad ruler, was named Susshasana which mean good ruler. Dusshala, meaning someone who is not elegant, was initially named Sushala. 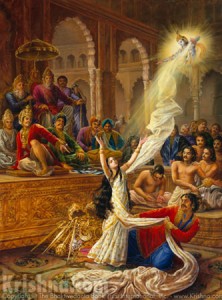 7. Once the whole vastraharan incident was over, Draupadi apologized to the court and said that she had been dragged here and humiliated.

8. Jayadhrath was the only brother in law to the Kaurava brothers as he was married to their sister Dusshala. In fact, he was the one who slayed Arjuna’ son Abhimanyu in the Chakravyuh.

9. Surprisingly, Arjuna was not the only one to have heard the Bhagavad Gita when Krishna narrated it. Hanuman sat on top of the chariot which Arjuna rode and was there throughout the battle. Sanjaya, the one who narrated the entire Mahabharata to the blind Dhritharashtra was blessed with divine vision by Ved Vyas.

10. Dhritharashtra was a tyrant king in his previous birth. While walking on the side of a lake, he saw a swan with hundred cygnets, which are young swans. He ordered for the swan’s eyes to be taken out and kill all the hundred cygnets. And all this, just for his passing fancy. Therefore, as fate would have it, he was born blind and all his hundred sons were killed in battle.

11. Bhishma, known to be the greatest warrior ever born, was one of the Eight Vasus in his previous life. Vasus are attendants to Indra. So the eight Vasus were cursed for stealing Sage Vashishtha’s cow. Although, the other seven Vasus were drowned by Ganga as soon as they were born, Bhishma had to live a longer and more miserable life than the other seven as he was the leader of the Vasus when they were planning to steal the cow.

12. Satyavati, Vyasa’s mother, was the daughter of a cursed apsara called Adrika.

13. Vyasa just wrote the story of his own clan. But, all this while he managed to keep himself entangled in the intricacies of the kingdom and yet stay out of the politics.

14.  When in Indralok, Apsara Urvashi proposed Arjuna. But he addressed her as ‘mother’. Enraged, Urvashi cursed Arjuna and said that he would become a eunuch. This eventually became a significant event in Mahabharata. During their final year in exile, this served as a boon for Arjuna as he lived as Brihanalla, a eunuch in the court of King Virat.

15. There was a reason why Krishna favoured the Pandavas in the battle. When Duryodhana and Arjuna approached Krishna asking for help and seek his support. Duryodhana reached Dwarka before Arjuna did. They were informed by Satyaki that Krishna was asleep. When they entered Krishna’s room and found him asleep, Duryodhana sat near his head and Arjuna went to the foot of the bed and stood there with his hands folded. When Krishna woke up, he saw Arjuna first.  Duryodhana wanted to be listened to first as he came before Arjuna. But since Krishna saw Arjuna first, he said it would be fair if he supported both the sides. So on one hand was his famous Narayani Sena and on the other, armless and weapon less Krishna.

16. After Krishna left for Vaikuntha, Pandavas too lost renounced all worldly pleasures and began their journey toward heaven. All the Pandavas could not reach the gateway to heaven and fell down from the stairs one by one. Only Yudhishtira remained till the end. When he turned, he saw that a dog had followed him all the way to heaven. This dog was Yamraj. 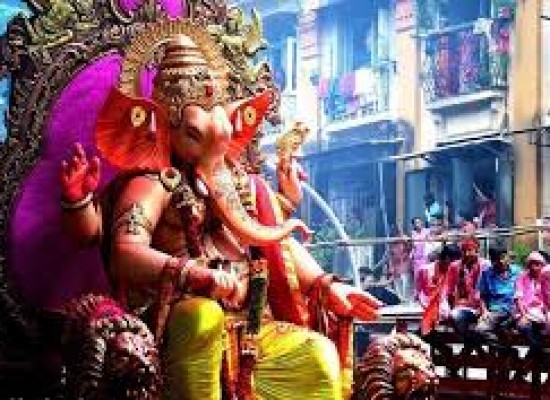