I am a Rajasthani who was born in Asom (Yes that is how it is pronounced). I could speak Asomiya so fluently that my relatives wouldn’t tell that I am a Rajasthani. Today, I can’t speak the language too well, but can certainly understand it. I miss being in Asom and the years that I spent in the state hold a special place in my heart. I feel lucky that I got an opportunity to experience the best of both worlds, their languages, their cultures, their people, their festivals and their colours. It’s been 15 years now that I have left Asom, but there is a string that still attaches me to the state, I still experience  a sense of belonging when I visit Assam and the love and warmth that I feel when I visit my birthplace  is incomparable .

So here are some things I totally love about the North-Eastern State: 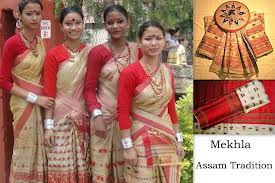 It’s a traditional dress worn by the women of the state. Initially, it would look like a sari to you, but actually its in two parts. Mekhla is basically an A-line skirt with pleats and the Chadar is like a dupatta draped on the upper half of the body.  Mekhla is one thing you really have to try wearing.

The place where I saw a rhino for the first time and hid behind my Dad because I was too scared to look at the animal. It’s now that I realize that the place which dad made me visit then is a UNESCO WORLD HERITAGE SITE. 66% of the total rhino population is found here. The sanctuary also has the highest density of tigers in the world. During the migratory season, 250 various species of birds visit the sanctuary. Other animals that can be found here include elephants, swamp deer and birdlife. Visit Kaziranga during this vacation and try spotting a rhino. Trust me; you will come back with an experience that you will cherish for the rest of your life. 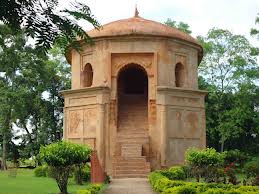 Talatal Ghar means the “royal palace”. This masterpiece of Assamese architecture was built in round the 18th century. The palace won’t look typically plush or grand to you. Maybe it’s because of the multiple renovations it has undergone since the time it has been built. Nevertheless, it’s a seven story structure and you wouldn’t want to miss it while you are on a visit to Asom. 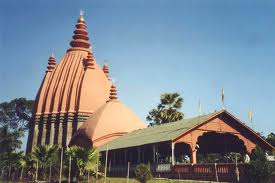 ‘Sib’ means Lord Shiva. Sagar is the Ocean. Literally, the name translates to ‘Ocean of Lord Shiva’. The town has been influenced by several cultures over the years. You can easily find the multicultural influences in the architecture of its palaces, temples, tanks etc. The Panihiding Bird Sanctuary is in Sibsagar. There is lot to see in Sibsagar and you would have to spend a long time here to experience the beauty of this town. 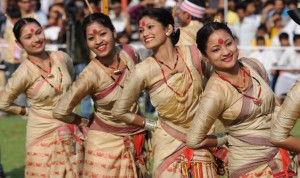 The ever so beautiful festival of Asom. Bihu is major agriculture festival of the state. The joyous festival of Bihu is celebrated three times a year. Rongali Bihu is the festival of Merriment where the people welcome New Year. Kati Bihu is celebrated on the completion of sowing of seeds in the fields.  And finally, Magh Bihu comes celebrating the end of harvesting period.Visit Asom during the time of Bihu celebrations. Be a part of the colourful revelry and you wouldn’t want to return home. 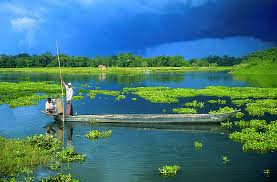 Majuli is one of the largest river islands in the world. It is located in the midst of the Brahmaputra River that flows across Asom. Initially, the island was spread across and area of more than 1200 sq. km. Land erosion has resulted in the area now becoming just 420 sq.km. However, the island is a beautiful bio-reserve. Several migratory birds visit it each year and it is a fantastic place was birdwatchers. You will find people selling tribal masks and pots here. The native tribes that inhibit this land are skilled at mask making and pottery. 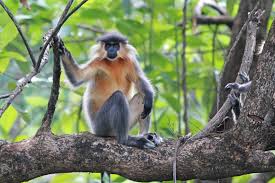 Manas National Park is situated between the Himalayan foothills and is a UNESCO World Heritage Site and a Project Tiger Reserve. The river Manas flows through the reserve and hence the name. Rare species of fauna, such as the Pygmy Hog and the Golden Langur are found here. Spotting a tiger is not a difficult task here as there is a high density of tigers in the sanctuary. Take a safari into the sanctuary and it will give you glimpse of such rare and amazing sights which will remain with you for a very long time. 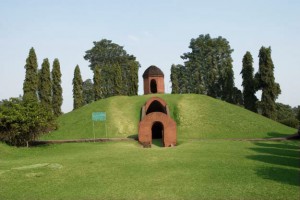 Charaideo is a small town, located some 30km away from the city of Sibsagar.  It is situated near the hills of Nagaland. The name literally means ‘a city atop a hill.’ The town is of great historic significance as it was once the capital of the Asom kingdom. There are many historic tales which echo in the ruins and remains of the town. You can also find some really ancient tombs of old kings and queens here. These tombs are sometimes referred to as the “pyramids of Assam”. This place is secluded but you will surely find an old world charm here when you visit it. 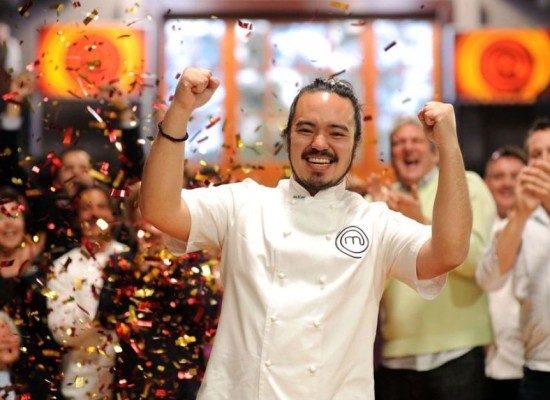 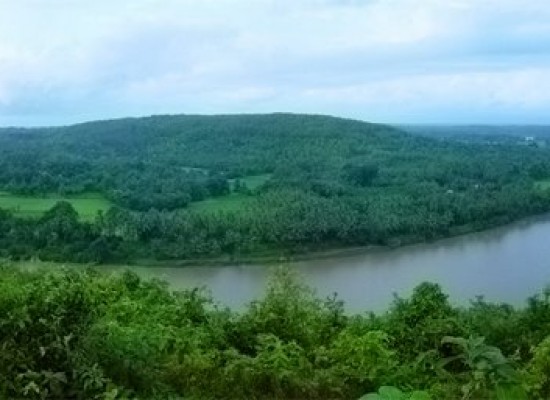 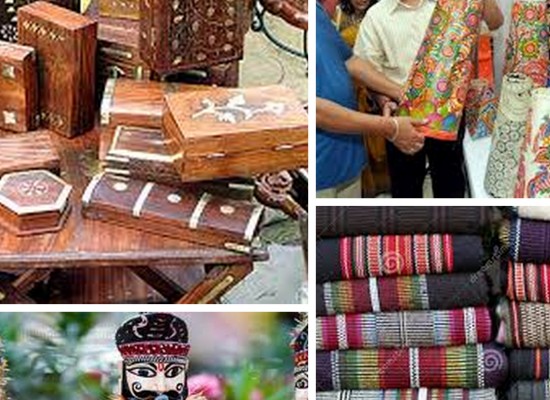