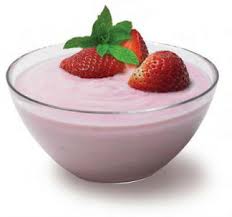 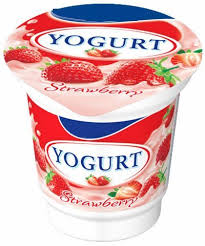 Yogurt is the wine of the dairy world. This is because, just as the wine is made from fermented grapes, yogurt is made by fermenting lactose, the milk sugar. The bacteria used to make yogurt is known as “ yogurt culture”. The yogurt is a creamy and smooth, internationally popular product. Nowadays, yogurt is consumed all over the world, both as a food as well as beverage, and sometimes as an ingredient in other dishes.

Yogurt is generally made from cow’s milk, but it can also be prepared from sheep and goat milk. The earliest yogurts were often fermented from bacteria, living on goatskin bags carried upon by shepherds. These shepherds, first prepared yogurt in order to preserve milk, in the seventh century.

In ancient Indian records, combination of honey and yogurt was known as “ food of the Gods”. Some accounts suggest that Indian emperor Akbar, would use mustard seeds and cinnamon to add flavor to yogurt.

It is an versatile ingredient used in preparation of other dishes. Its naturally acidic, and is perfect for marinating meat, chicken and fish, which acts as an tenderizing agent. Yogurt is used as a fat substitute in baking of cakes and muffins.

As a beverage, yogurt can be mixed with variety of flavors to make refreshing drinks. In Turkey, Bulgaria and Greece ingredients like salt, water and yogurt are mixed together to make a popular beverage called as Ayran. In Iran, Armenia yogurt is blended with mint and salt, to make a carbonated beverage called Doogh. In Turkey, Georgia and Armenia, a cultured milk product is made from mare’s milk and yeast, is known as Kefir. In India and Pakistan, a frothy drink made in both salty and sweet taste is known as Lassie.

The most obvious and yummiest reason for eating yogurt is its taste, but there is more to it. There are also many nutritional reasons for having it. It is low in fat, and high in protein content. Thus, yogurt can be greatly used by people of all ages and nutritional requirements.

A single serving of yogurt contains 10 gm of protein, calcium, phosphorus, potassium, magnesium, minerals and vitamins like riboflavin and vitamin B 12. Though, it is low in fats but depends on the type of milk used.

Bring the milk to the boil, and remove from flame. Set aside to cool and pour this milk into sterilized bowl. Now, mix in the yogurt with milk till it gets properly combined. Transfer this to a yogurt maker and follow the instructions, or cover with cloth all around for 3-4 hrs at room temperature to set the yogurt aside. Refrigerate it before serving. 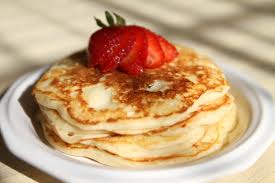 Mix Greek yogurt and egg in a bowl and blend until smooth. Add flour and baking soda and stir properly until the batter is evenly distributed and thick.

Preheat large pan to medium heat. Use an ice-cream scoop or cup to add batter into pan. Spread the batter on the pan in circular motion. Dot blueberries on top of the pancake. Cook for 3 min until golden brown, then toss other side to cook it for 2 min.

Serve it additional fruits or syrup. 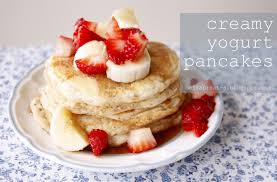 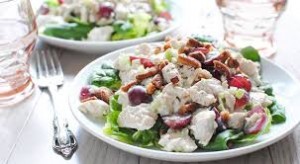 H. Grapes, sliced in half

In a large bowl, mix all the ingredients chopped and add chicken breast to it. Mix them well. Now add yogurt over it, and mix them all well and serve it decorated in a dish or bowl. 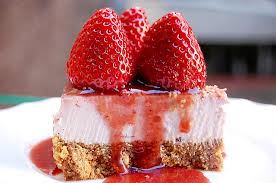 For homemade yogurt, place a strainer lined with cheesecloth over a pot and pour the contents of plain, vanilla or unsweetened yogurt. Refrigerate it overnight, and then discard the liquid at the bottom of the pot, to get homemade Greek style yogurt.

For the cheesecake, preheat oven to 350 F. Now, combine all the ingredients and blend them until completely smooth. Pour it in any prepared crust and bake it for 30-40 min, and them remove from oven. Allow it to cool for an hour, before removing it from the crust. Now keep it refrigerated for 8 hours.

Now, serve it dressed with syrup and strawberries. 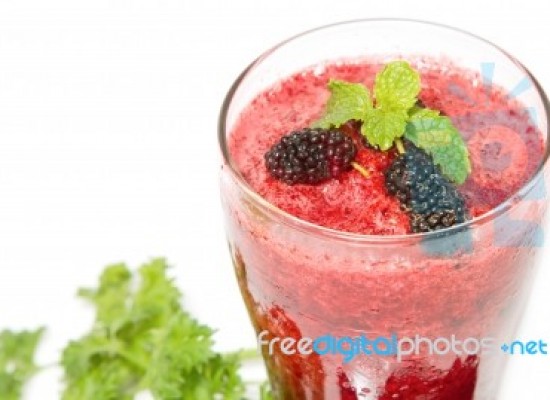 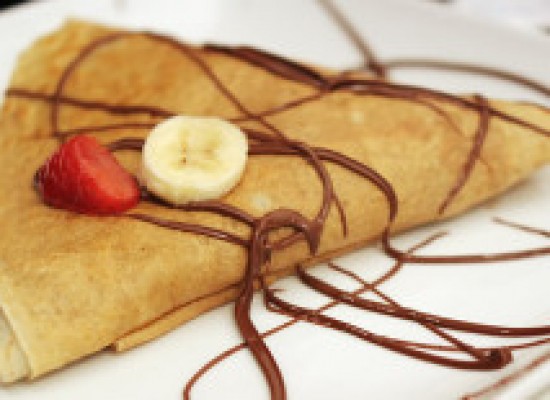