With just a few days left for my college to reopen and consequently me having to leave home for hostel, I am being treated to a multitude of Bengali cuisines. And since, we hail from the City of Joy, happiness comes to us in the form of food and more than that desserts and sweets. So, my mom made this, what I call her best work till date, ‘Patishapta’ or Indian crepes with a coconut and jaggery stuffing. This brings me to the note that jaggery forms one of the most inevitable ingredient of most Indian desserts. 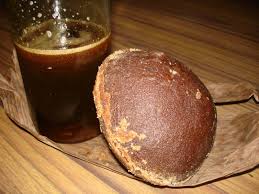 Jaggery, or ‘gud’ as most of us would know it as in India, is a traditional unrefined form of sugar. This un-centrifuged derivative of sugar is a concentrated product of date, cane syrup or palm sap without separation of molasses and crystals. The color varies from a golden brown to a dark brown hue. Jaggery is used widely in Asian and African cuisine, sweet as well as savoury! The taste of this ingredient will remind of you of the ashy flavor of cooked sugar while the mild sweetness of the melting rocks of this product will make you fall in love with it immediately. Gud is available in the markets in the form of blocks or in a liquefied form, packed in jars.

Jaggery is produced extensively in all sugarcane growing areas. West Bengal, South India, Bangladesh, Sri Lanka and Pakistan use coconut palm to produce the best quality jaggery. Maharashtra is the largest producer and consumer of jaggery (called gul here). The Kolhapur district here in the Maratha-land is a paradise for jaggery-fans, owing to the quality of jaggery found here. Muzzafarnagar in Uttar Pradesh has the largest jaggery market in the world, followed by Anakapali in Andhra Pradesh. Mandya in Karnataka is also known for its’ jaggery production.

Jaggery is made of products of sugarcane and the palm tree. The sugar made from the date palm sap is highly prized and is claimed to make the most flavorful and best quality gud, often called as ‘nolen gud’ or ‘patali gud’ in Bengali. Preparation of jaggery is a long process, right from the cultivation of the sugarcane crop to the final product packaging. The cut and cleaned sugarcane is put into power driven crushers and the juice is extracted in large containers. Some quantity of the juice is transferred to a smaller vessel for heating it over a furnace. Some lime is added to the juice while boiling it, so that the wood particles of the crushed sugarcane collect on the top in a froth. The froth is skimmed off time to time during this entire process. After over an hour of heating, the juice thickens and is reduced to approximately a third of its initial volume. The hot syrup thus formed is golden brown is color. The thickened syrup is then poured into shallow flat-bottomed concrete tanks to cool down and solidify. The tanks are large enough to let the hot liquid spread out in a very thin layer over a large area to facilitate quick cooling. After cooling down, the jaggery turns into a soft solid that can be molded into desirable shapes and packaged to be sent into the market.

The chemical composition of jaggery indicates that it is comprised of 50% sucrose, around 20%  invert sugars and up to 20% moisture with the remainder containing wood ash, proteins and bagasse fibers. The quality of jaggery is determined by the color and texture. A good quality pure jaggery will be golden brown in color and will be relatively softer to cut through. A deeper brown indicates presence of impurities. So make sure you get those golden yellow blocks of jaggery that would melt in the mouth, next time you plan to buy some.

Jaggery is widely used in many South Asian delicacies. Bengalis use it in their desserts and world-famous sweets, be it the humble ‘roshogolla’, ‘payesh’ (rice pudding) or ‘naadu’ (coconut or til laddus), we like to have that delectable flavor of ‘gud’ in all of these. Similar preparation of sweets have been practiced in the neighboring states like Assam. In some villages of Assam, people drink salty reed tea with a cube of jaggery, more popularly known as cheleka-chah (licking tea) in the local language. In Odissa, cakes or ‘pithas’ contain jaggery. 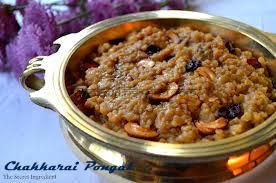 South-India is a fan of this delicious ingredient too.  Tamil Nadu’s biggest festival Pongal offers a plethora of sweets and interesting dishes to taste. A dish called ‘chakkarai pongal’ uses jaggery as one of the main ingredients. Payasam (sweetened milk) and fruit salads are some other dishes where jaggery is used as a sweetener. In many rural areas across South India, palm jaggery is still used to sweeten beverages. It is sometimes added to sambhar or rasam to add mild sweetness. In Andhra Pradesh, it is used to make ‘Arisalu’, an authentic dish of the state during Sankranthi. Gujarati cuisine uses this ingredient to add sweetness to balance the spice and salty flavor of lentil soups (dal). Puran Poli is a famous Maharashtrian dish made with ‘gul’. Burmese and Sri Lankan dishes also use jaggery extensively as a flavoring agent and sweetener. Jaggery is combined with nuts, peanuts, spices to make toffees or even alcoholic beverages like palm wine. 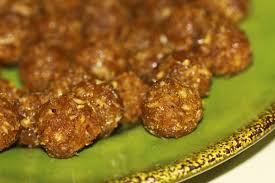 Jaggery is not just a mere food-ingredient for most Indian cultures. It is also used as a home-remedy for various ailments. It is used to stir body-heat and stimulate sweating so as to cool down the body. It is also said to aid digestion and is thus consumed in a small amount after meals by many. It also minimizes asthma, joint pains and purifies the blood thus keeping skin problems at bay. It is a great energy booster and can be a healthy source of energy in the middle of a busy day! It even has its own share of religious significance. Jaggery is considered auspicious and is eaten raw in many parts of India, before the beginning of an important work. The ‘kuchh meetha ho Jae’ notion in India is often celebrated using jaggery in many parts of India. It is also offered to deities in various festivals.

Before I leave, I would definitely like to share the simple yet interesting recipe of the mouthwatering Patishaptas that I had. 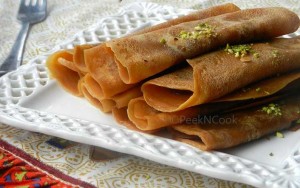 Oil, to cook the patishapta

1.)    In a wok, mix the grated coconuts with jaggery and place it over low flame.

TIP: you could also use ‘khoya’ instead of grated coconuts. While making the stuffing using khoya, remember to add milk while cooking it with jaggery.

2.)    Add cardamom to the mixture and keep stirring till it becomes sticky.

1.) Put the semolina in a large bowl. Sift the maida and the rice flour into it.

TIP: you could add a small amount of sugar as per your taste if you wish to.

2.) Add milk part by part and mix carefully making sure, no lumps are formed. Keep the batter aside for around 30 minutes.

3.) Heat some oil in a non-stick pan and pour a thin layer of the uniform mixture on it and spread it carefully before it sets.

4.) Put the prepared filling at the centre of this crepe lengthwise. Roll the crepe and let it cook till it turns light brown in colour.

5.) Garnish with the crushed pistachios. Serve it hot or cold.

TIP: You could serve these with a drizzle of condensed milk over it, especially if you did not add any sugar in the crepe-batter.

Try this simple recipe and you’ll surely have some lip-smacking ‘patishaptas’ to eat and offer to the guests too. 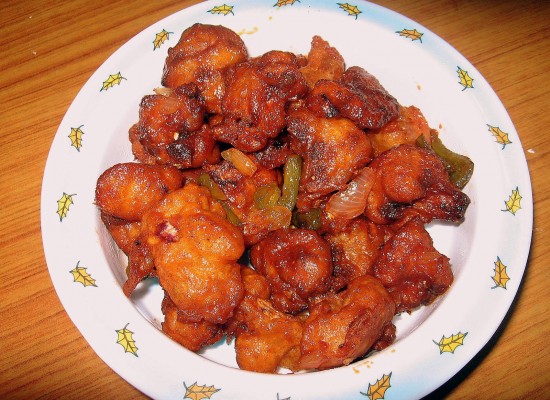 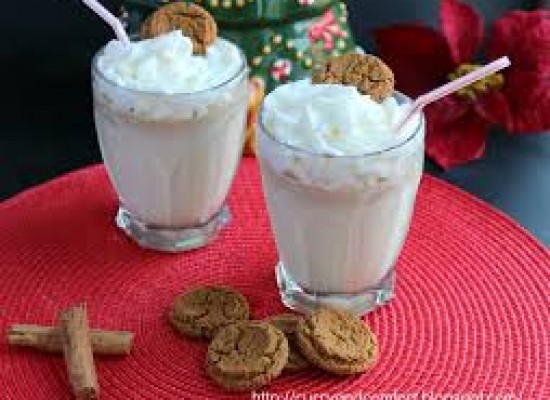