Did you know that over 600 pasta shapes are produced around the world? Or that 2.75 million tons of pasta is made in Italy every year? Or that to cook one billion pounds of pasta, you would need 2,021,452,000 gallons of water – enough to fill nearly 75,000 Olympic-size swimming pools (one billion pounds of pasta is about 212,595 miles of 16-ounce packages of spaghetti stacked end-to-end – enough to 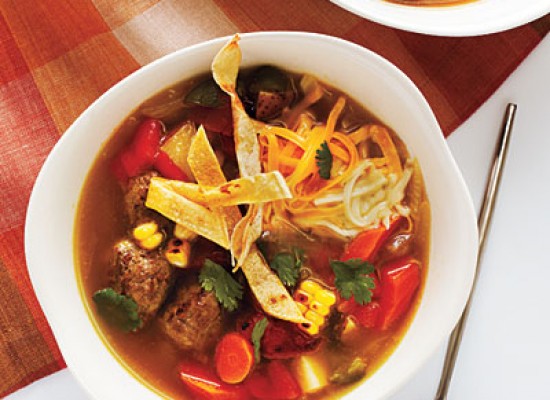 The word ‘soup’ is derived from the French word ‘Soupe’. Soup is generally a liquid food, served warm or cold, usually as the first course or entrée, i.e., before the main meal. A ‘soup kitchen’ refers to a place which serves any prepared food to the homeless. Here, I have used the term merely to signify a kitchen where soup is cooked and served.   My very first soup was

Think about Cheese and the image which comes to our mind is melted cheese on pizzas, vegetables covered with melted cheese, cheese sandwich etc. The list is endless. Cheese is popular all over the world and is one of the ingredients loved by each and every heart. A person who loves cheese is entitled as turophile. In ancient times, there had been a special kitchen in Rome, which is especially

Cheese… Who doesn’t crave it ? Its yum, its wow! Unfortunately, this calorie thing destroys it all, making us think whether or not to answer our craving. Sad, no? But guys, cheese is attached with so many good facts also. Yes, you heard it right. I think the only caution is to be moderate with consumption, I don’t think there is need to abandon it for the purpose of dieting.

“I think careful cooking is love, don’t you? The loveliest thing you can cook for someone who’s close to you is about as nice a valentine as you can give “ -Julia Child The age old saying, ‘The way to a man’s heart is through his stomach’ has proved to be true time and again. I don’t really know what it is between a man and his food, and the